When there is a road coming straight opposite to the plot/place then this kind of road coming opposite to the place/plot is called as a Street Push.Among the street pushes few are very good auspicious street pushes which really leads towards a very healthy wealthy happy prosperous life, but few are in-asupicious, which really pushes them onto the roads losing everything even the good will earned working hard all through the life.

In my career of 32 years I ve seen practically many places which were having an inauspicious street push which proves very harmful, but still continuing in that place facing many problems & that too on the advice of a vasthu consultant who said that there is no problem with the street push for which a yantram was given and said this yantram will nullify the effect of the inauspicious street push.This is really bad actually there is no remedy/yantram for any inauspicious street pushes, but people are getting deceived in the name of yantrams. I too agree that are few yantrams suggested in the ancient texts, & even I suggest few yantrams to my clients, which takes care of certain defects only when they are prepared accordingly as mentioned in the ancient texts, but I fear how many are preparing accordingly mentioned in the ancient texts, for it’s not possible now, in these days to follow those rigid principles and prepare, because I observed many instances of this kind, so I humbly request not to fall prey to these kind of advice and spoil you’ll future. 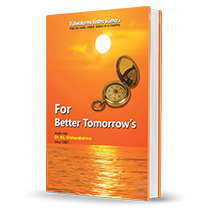